7 Benefits of an M-LOK Rail 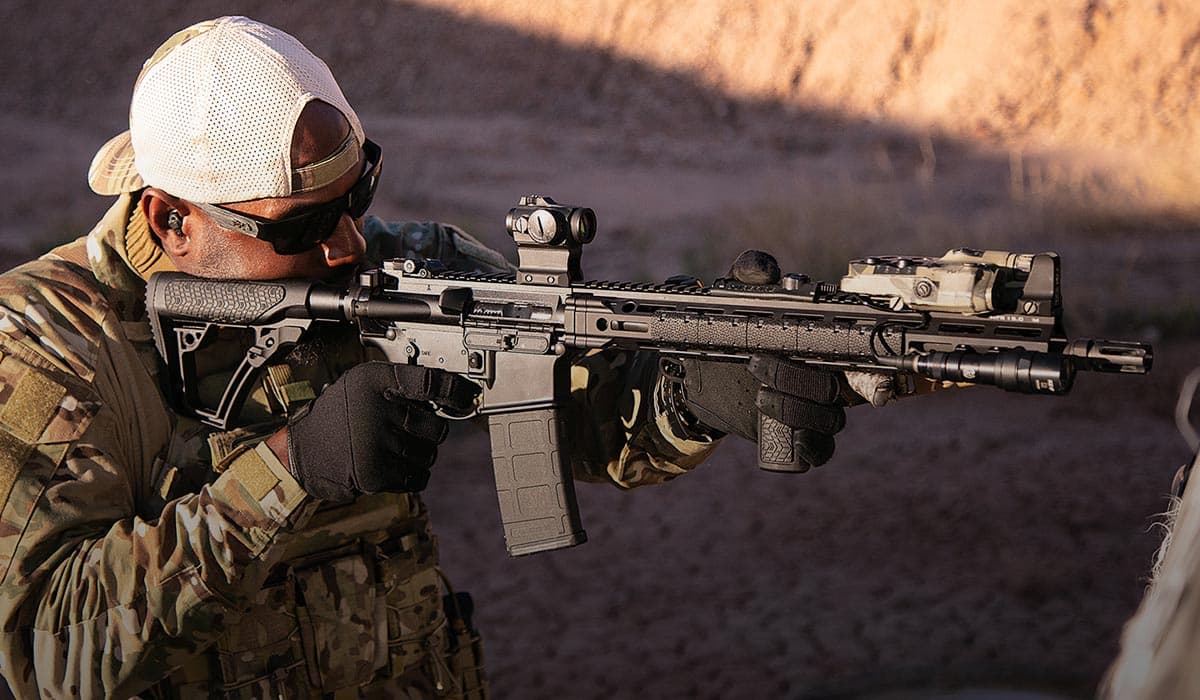 Historically, the requirement to attach accessories to a weapons platform started in the 1970's and grew into the Special Operations Peculiar MODification (SOPMOD) program that was finalized in the early 1990's. The idea was to give operators the ability to attach a variety of different equipment to a wider selection of weapon systems depending on the mission. Built specifically around the M4 carbine and the Rail Interface System (RIS), the SOPMOD program gave root to accessory attachment capabilities to rifles as well as other carbines.

Today, nearly every AR-15 or AR-10 patterned rifle or carbine is either outfitted from the factory or has the ability to be easily modified to accept a wide range of accessories, using either Picatinny rails or the M-LOK attachment system. Let’s take a look at 7 benefits of the M-LOK Rail system.

1. A Variety of Accessories:

The options for weapon accessories are nearly endless with more products entering the market every year. Manufacturers of accessories are beginning to prefer the M-LOK system for its weight savings, adaptability and cost savings. Let’s take a look at some of the accessories that are using the M-LOK standard.

In contrast to the Picatinny rail system, the M-LOK system uses a slot instead of an outward-facing rail to attach accessories. An M-LOK mount uses two or more internal levers that are inserted into the slot and tightened with a hex wrench to achieve a proper and secure mount. The internal lever sandwiches the mount between the M-LOK slot to hold the mounting system in place. Removal of M-LOK mounts and devices is achieved by loosening each hex screw about a quarter turn and slipping the lever out of the slot.

By definition, adding equipment to the front end of a rifle or carbine means adding weight.  The more weight applied to the weapon system and the farther away it’s located from the shooter, the greater amount of force is required to keep it lifted on a target. The reverse is also true: the lighter a forend or handguard is, less effort is required to hold the gun in place. In general, M-LOK systems weigh less than their Picatinny counterparts because they don’t require the extra mass of external rails.

It may seem obvious at this point, but Picatinny rail systems require larger outer diameters than M-LOK systems. A quad rail (top, bottom and sides) requires space for the external rail as well as clearance for the equipment being attached. In comparison, since the M-LOK system does not utilize an external rail for attachment and does not require clearance for attaching devices, an M-LOK system can have a smaller overall outer diameter. 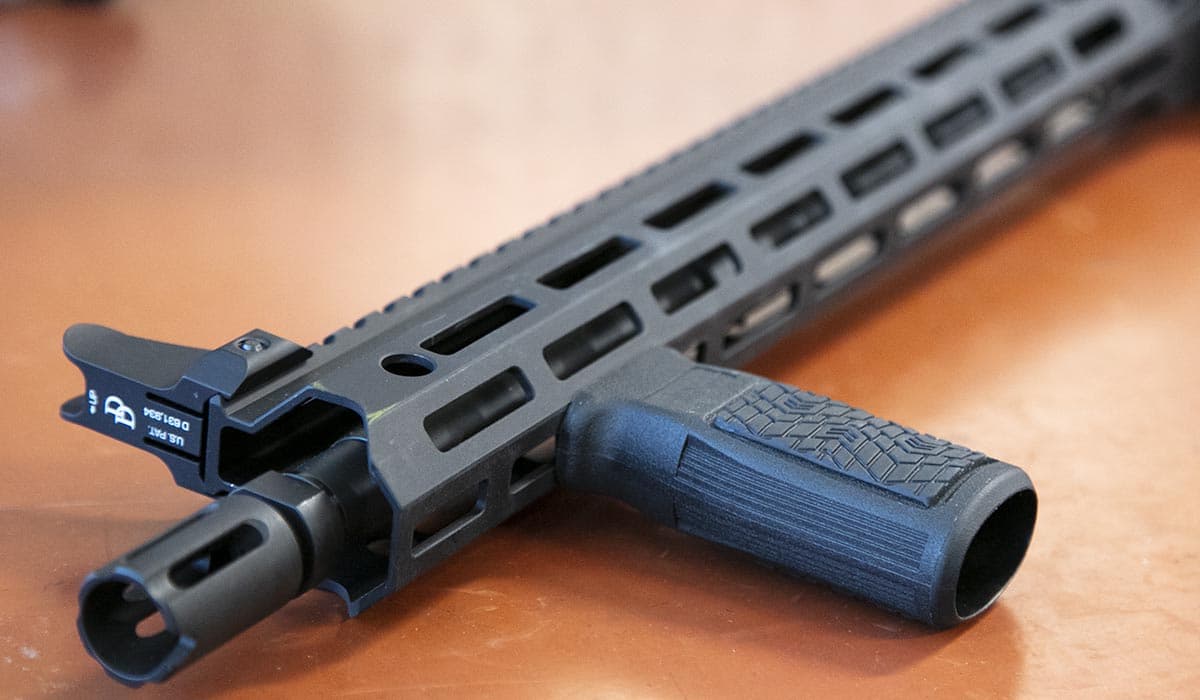 Without the need for external rail attachments, the M-LOK attachment system provides the shooter a smooth profile for better hand placement on handguards. With older rail systems like Picatinny attachments, shooters were forced to add rail covers or guards to smooth out the profile of the forend.  M-LOK systems have a more natural ergonomic fit without the need to add additional accessories that could increase the overall diameter of the system itself.

The M-LOK rail attachment system has become the default industry standard for forend accessory attachments. Manufacturers are free to design and build devices using the M-LOK standard, knowing that they will have a universal fit across all M-LOK handguards. Until now, manufacturers had to choose between a Picatinny mounting system or the need for a universal attachment between a proprietary mounting system and the accessory itself. Seeing the M-LOK icon gives the consumer confidence that their accessory will fit on their handguard without the need for additional customizations or modifications.

Conclusions - 7 Benefits of the M-LOK Rail

By reducing weight, eliminating unnecessary bulk, avoiding additional manufacturing costs and providing a solid and secure platform for accessory attachments, the M-LOK system is the clear choice for modular firearm handguards. These 7 Benefits of the M-LOK Rail system should give shooters the ability to make better informed decisions when deciding to invest in a forend system for their AR-15 rifle.