What is MOA and Why Is it Important? 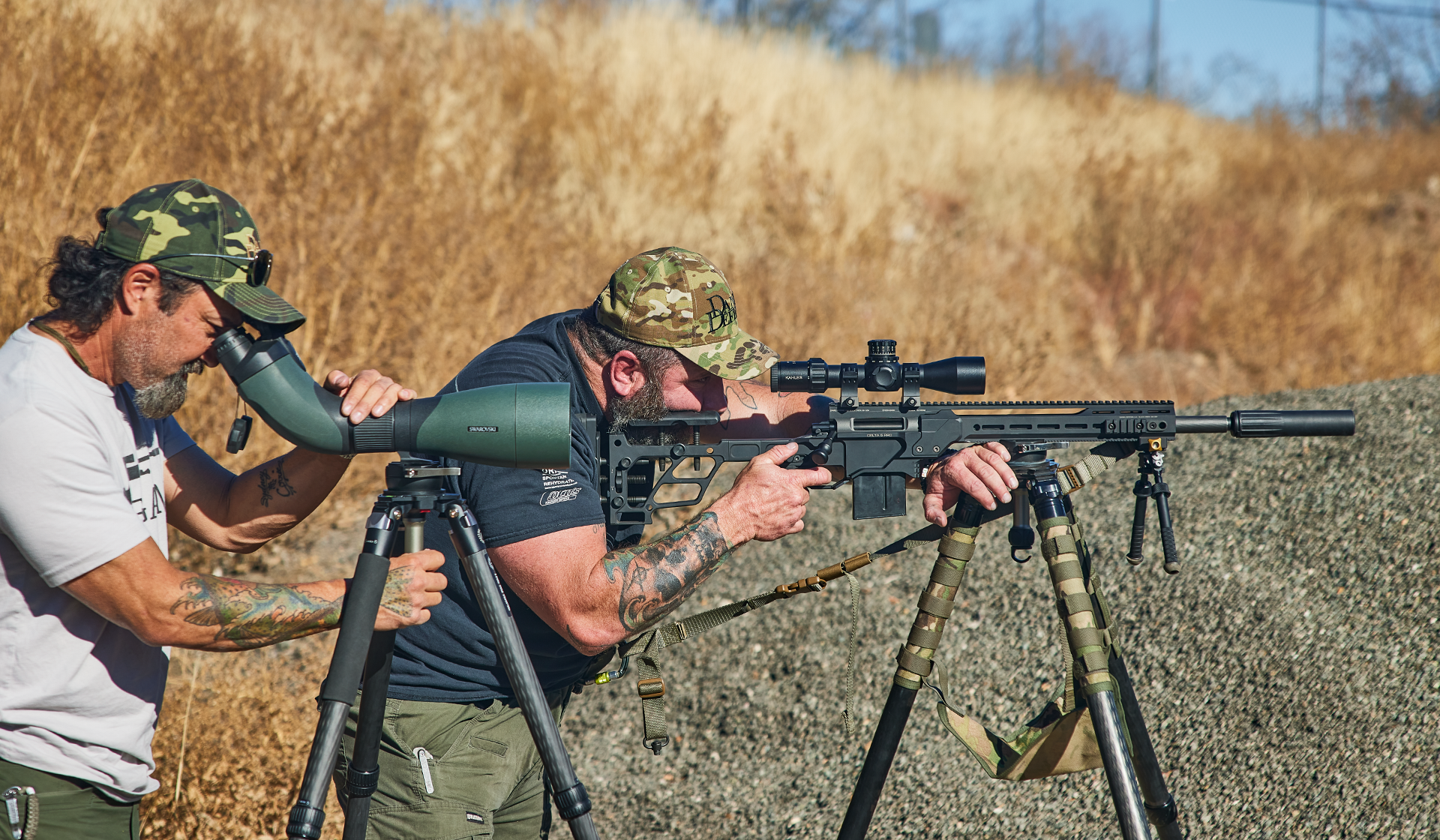 If you’ve spent any time around shooters or cruising shooting forums or precision rifle manufacturer websites, you’ve undoubtedly come across the term “MOA.” But just what does this three-letter abbreviation stand for, and why do these three letters seem to be so pervasive and important when it comes to expressing a rifle’s accuracy?

We’ll get into both of these, but first a warning: there is some math involved. It’s minimal, so please don’t let it scare you away from reading on, but it is there. MOA is a measurement, and measurements intrinsically involve math. Can’t be helped.

As the above header/spoiler makes clear, MOA is an abbreviation for “minute of angle.” But what does that exactly mean, and why does the term contain both a geometric and time reference?

Minute of angle is an angular measurement, with “minute” meaning one-sixtieth. Think of a clock face and how each minute on that clock face is one sixtieth of the minute-hand’s journey around the face of the clock. Now take that clock and turn it so it’s vertical, with the 12 o’clock position pointing due north. One minute of angle would be an angle that’s one sixtieth of the 360-degree clock face. So, if you drew a horizontal line from the nine o’clock position to the three o’clock position and then went back to the nine and drew a second line to the minute marker one position below the three (where the minute hand would point if it was 16 minutes past the hour), the angle created by those two divergent lines would be one minute of angle.

“Who cares about angles?” you may be asking. “I just want to know how far my bullet will drop from where I’m aiming at specific distances and how to correct for that on my riflescope.”

We’re getting to that, but first let’s be clear on one thing: minute of angle is a constant and independent of distance. But the amount of drop resulting from minute of angle does change with distance.

Imagine that you’re holding two laser pointers with their ends together, with one laser pointed perfectly horizontal and the other angled one minute of angle lower than the first. At 100 yards, one minute of angle equates to one inch. It’s actually 1.047 inches but, for the purposes of keeping the math simple, we’re going to stick with one inch. What this means is, if you pointed those two laser pointers with their ends touching at a target 100 yards away, the angled laser should make a dot one inch below the dot made by the level laser. At 200 yards, the angled laser’s dot should be two inches lower and, at three hundred yards, three inches lower. Because minute of angle is constant, it never varies, so the angled laser dot would be 10 inches lower than the leveled laser’s dot at 1,000 yards, and you can extrapolate all the way out to infinity.

But bullets don’t shoot out to infinity and, while lasers aren’t affected by gravity, bullets most certainly are. So, a bullet isn’t going to only drop one additional inch for each 100 yards of distance you add to a shot. The longer a bullet is in the air, the more air resistance slows it down and gravity pulls down on it. But, by using minute of angle, which is a constant, we can make adjustments to a riflescope to help put that bullet on target within the effective range of the rifle. But first, let’s get into how MOA is used to express a rifle’s accuracy.

Rifle manufacturers frequently use MOA to give you an idea of how accurate their rifles are. But there can be a lot of variables that go into a rifle’s accuracy, including distance, the ammunition you’re using, altitude, weather conditions, the effectiveness of your optic, and, of course, your marksmanship skills.

Daniel Defense not only uses MOA to express the accuracy of their DELTA 5 PRO® line of rifles; they’ve built an accuracy guarantee around minute of angle. Every DELTA 5 PRO sold by Daniel Defense is guaranteed to shoot 0.5 MOA or less at 100 yards when used with factory match-grade ammunition. Notice that the distance and type of ammo are specified in the guarantee, because both play a big role in accuracy. What this guarantee means is, if your DELTA 5 PRO rifle is zeroed at 100 yards, and you’re shooting factory match-grade ammunition, your shots will hit within a half-inch of where you’re aiming at 100 yards. We know that, at 100 yards, one MOA equates to one inch of distance, so 0.5 MOA equates to one half-inch.

Distance from your rifle to the target always needs to be considered when figuring how MOA affects where your shots will hit. For example, if a manufacturer claims their rifle is accurate to one MOA at 300 yards, that means your shot can be as much as three inches off target at that distance. If another manufacturer claims their rifle shoots within two minutes of angle at that same distance, that means your shot could be as much as six inches off target.

Because MOA is a constant, understanding it is very useful in making adjustments to put shots on target at various distances. Let’s say your rifle is zeroed at 100 yards and is dead-on at that distance. But then you go to the range and start shooting at 200-yard targets and every shot is four inches low when your riflescope’s crosshairs are on the bullseye.

Well, understanding MOA the way you now do, you know that one MOA equates to a two-inch drop at 200 yards. Which means that, adjusting your scope one MOA should bring your shot up by two inches. But, since your shots are hitting four inches below where you’re aiming, you’re going to want to adjust your scope by two MOAs.

It’s important to understand how many “clicks” equal an MOA before making any adjustments to a riflescope. For example, if one click equals one MOA on your scope, you would only make two clicks in the above 200-yard scenario. However, if one click equals one-half MOA with your scope, you would need to make four clicks to compensate for a 200-yard shot.

Don’t obsess over MOA; it’s simply a term to help you measure a rifle’s accuracy or make scope adjustments. Just understand that understanding MOA will help you quantify the concept of bullet drop with distance and compensate for that drop by making proper adjustments to your scope. When you know that one MOA always equals a one-inch drop from a bullseye at 100 yards, a two-inch drop at 200 yards, and so on, you can use that knowledge to figure out just how much to adjust your riflescope to stay on target at various distances.

And when you hear a claim—or, in Daniel Defense’s case with their DELTA 5 PRO, a guarantee—that a rifle shoots 0.5 MOA or less at 100 yards, understand that means you can expect your shots to hit within a half-inch of where you’re putting your crosshairs at that distance. And that, blog reader, is a very accurate rifle.