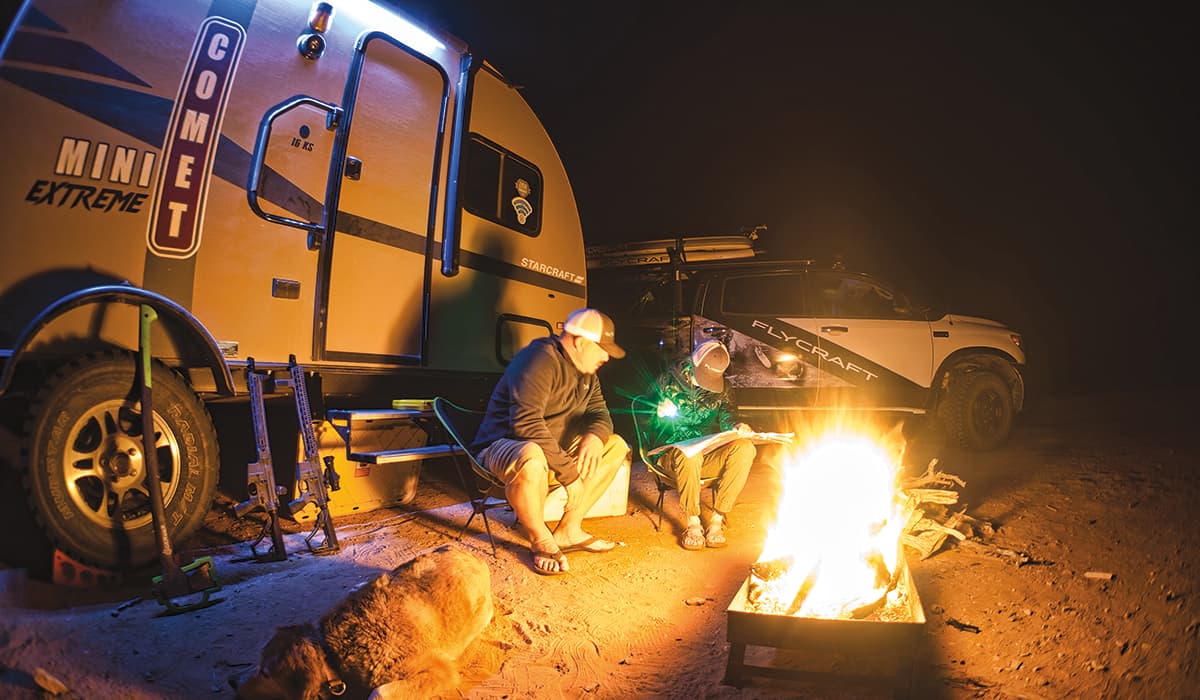 Ben Scribner’s obsession to build the world’s most versatile fishing boat started the same way his passion for fishing did: with a need to get away. As a Boy Scout who camped regularly, he was able to hone his outdoor—and overall life—skills, ultimately achieving the prestigious rank of Eagle Scout.

After graduating from high school, Ben started a lawn-mowing business before realizing there was more money in real estate and making the switch. There was also a lot more stress, which sent Ben trekking to his favorite fishing spots most every weekend, his trusty fly rod in hand.

“Fly fishing was like a portal out of a stressful life in real estate, and it grew into an obsession,” he explained. “But, as the sport grew, and fishing areas became more crowded, I began to think about ways to get away from everyone.”

His thinking made it clear the answer was a boat, but not just any boat. If he was going to separate himself from the crowds, it had to be a boat that could go places others simply couldn’t.

“I began to daydream about the ultimate boat that could navigate waters other boats weren’t floating,” said Scribner. “After five years of visualizing this ultimate boat, I decided to make one for myself in 2012.”

He built his first prototype in his garage, and it worked amazingly well. He knew he was on to something, so he focused his obsessive mind on refining the product, making it durable, versatile, and ridiculously portable, able to easily fit in the bed of a pickup truck or, when broken down, into the trunk of most any car.

“Little did I know the path I was embarking on would be a journey where all my wildest dreams would come true.”

Today, Flycraft is recognized as a truly innovative company that creates some of the most unique inflatable boat designs in the world.

“Our mission is to make the highest-quality, most innovative designs in the inflatable fishing vessel arena,” Scribner said. “Our flagship product, the Flycraft Stealth, is an insanely versatile boat for floating most rivers and lakes with the use of a motor. We’ve used the boat in a wide array of applications: from tiny bush planes in Alaska to patrolling the coast of the Sea of Cortez to chasing eight-foot arapaima in South America.”

Scribner’s love of the outdoors also includes shooting—especially ARs—but he had to put that passion on hold while focusing his energies on getting Flycraft up and running.

“When I started Flycraft, I had to make some sacrifices, so I sold my only AR to fund the development of the company. After Flycraft became established, and I was able to profit from the company, I wanted to reward myself with the finest AR on the market.”

Being an aficionado of quality, he chose a Daniel Defense AR. He currently owns a DDM4 MK12, with a Deep Woods finish, and a DDM4V11 in Daniel Defense Tornado.

“Daniel Defense has a reputation for being the best, as well as having the sexiest design out of all the AR manufactures, so it was a no-brainer for me to go with them,” Scribner elaborated. “What I love most about DD’s rifles is their engineering and sheer beauty. As a designer myself, I look at these guns as works of art.”

“I love their reliability.  When you adventure hard, you need gear that won’t let you down. I also love how lightweight these things are. When you pick them up, they just feel perfect.”

As every fisherman knows, there’s a reason it’s called “fishing” instead of “catching,” so Scribner likes to take his Daniel Defense AR with him on angling adventures, just in case the fish aren’t cooperating.

“Having another passion to practice is the perfect backup plan,” he explained. “Being on an adventure and being able to take a break from fishing and do some shooting rounds out the whole experience for me." 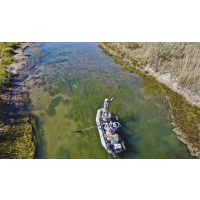 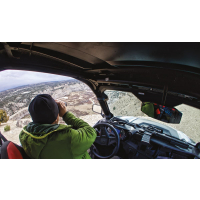