The Solidarity of Shooting 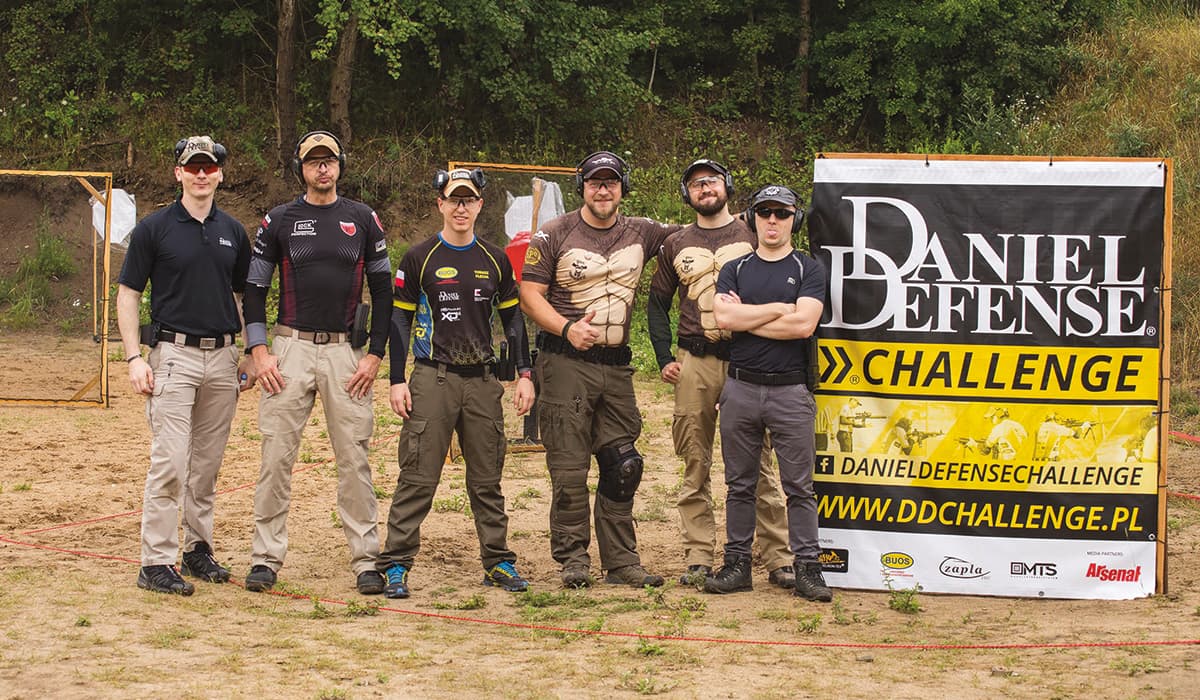 This past summer, on the shooting range near the city of Gdansk, Poland, the Daniel Defense Challenge was the place to be for competitive AR shooters of all nationalities and skill levels.

Shooters, no matter where they’re located in the world, love to put their weapons through their paces in order to experience the manufacturing quality and state-of-the-art engineering that went into their firearms. They also love to pit their firearms—and their shooting skills—against each other to see how they stack up. And they’re always looking for new opportunities and fresh locations to do both.

That’s why European shooters were thrilled when the Daniel Defense Challenge came to Gdansk, Poland, this past July for the first time. It provided them an opportunity to meet, get to know each other, and bond with their fellow sport shooters while also going head to head against each other in a competition designed to take their shooting skills to the next level.

This competition, held as a Polish IPSC Rifle National Championship, is a fantastic example of how AR shooting has become an international phenomenon. And of how Daniel Defense, born in rural Georgia two decades ago, has become an internationally recognized manufacturer of the highest-quality ARs and an ambassador of the sport of AR shooting worldwide.

The Daniel Defense Challenge follows IPSC (International Practical Shooting Confederation) Rifle Competition rules. This popular style of competitive shooting represents a novel and exciting way to promote, maintain, and advance practical marksmanship. IPSC was developed in Southern California back in the late 1950s and quickly spread throughout the shooting world to Australia, Central and South America, Europe, and Southern Africa.

Accuracy, power, and speed have always been recognized as quintessential elements in competition shooting, and all three are foundations of modern-day IPSC shooting. In fact, the Latin motto, Diligentia, Vis, Celeritas (DVC), which translates into “accuracy, power, and speed” was introduced to reflect just how deeply rooted these elements are in IPSC ideology.

As you’re probably aware, European standards for acquiring and possessing civilian firearms are much more restrictive than most places in the U.S. Add to that the fact that most European countries have their own additional regulations and standards for gun ownership, and possessing an AR in Europe becomes a complicated, albeit not impossible, proposition. Poland has a long tradition of owning guns, so gun-ownership rights are more user-friendly there than in other EU countries. But even in Poland ARs still have a bit of an undeserved stigma.

Sport shooting and competitions like the Daniel Defense Challenge have played a major role in making the AR platform accepted, popular, and readily available in Europe. That’s because European laws and regulations are less stringent for those who actively use their rifles in sporting competitions while maintaining memberships with registered gun clubs. Recognizing that competitions like theirs help promote AR ownership in Europe, and that Poland has a longstanding tradition of firearm ownership, Daniel Defense felt Poland was the perfect European county to host their European competition.

The Daniel Defense Challenge was truly a family event—both in the fact that shooters brought their families with them and in how participants became like one big family under the banner of competition. Competing against each other, no matter what their cultural background or which language they spoke, shooters voiced their solidarity for shooting under IPSC/USPSA regulations with the sounds of their rifles discharging rounds downrange. In the process, they promoted positive shooting values and demonstrated responsible gun ownership.

The 2019 Daniel Defense Challenge will take place on July 20th and 21st once again in Gdansk, at a shooting range near the Baltic Sea coast. Registration is slated to begin in late March of 2019, so keep this date in mind if you plan on attending.

Even if you’re not a professional or competitive shooter or an IPSC/USPSA member, consider bringing the whole family over to watch some of the world’s best shooters and to try out some of Daniel Defense’s new products on professionally prepared demo shooting ranges. It’s also just a great time of year to enjoy seeing the sites of beautiful, history-rich Poland.

Do zobaczenia w Polsce! (See you in Poland!) 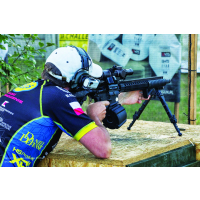 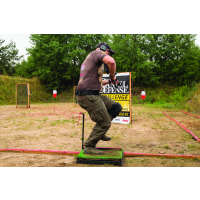