Moose Hunting with the DELTA 5 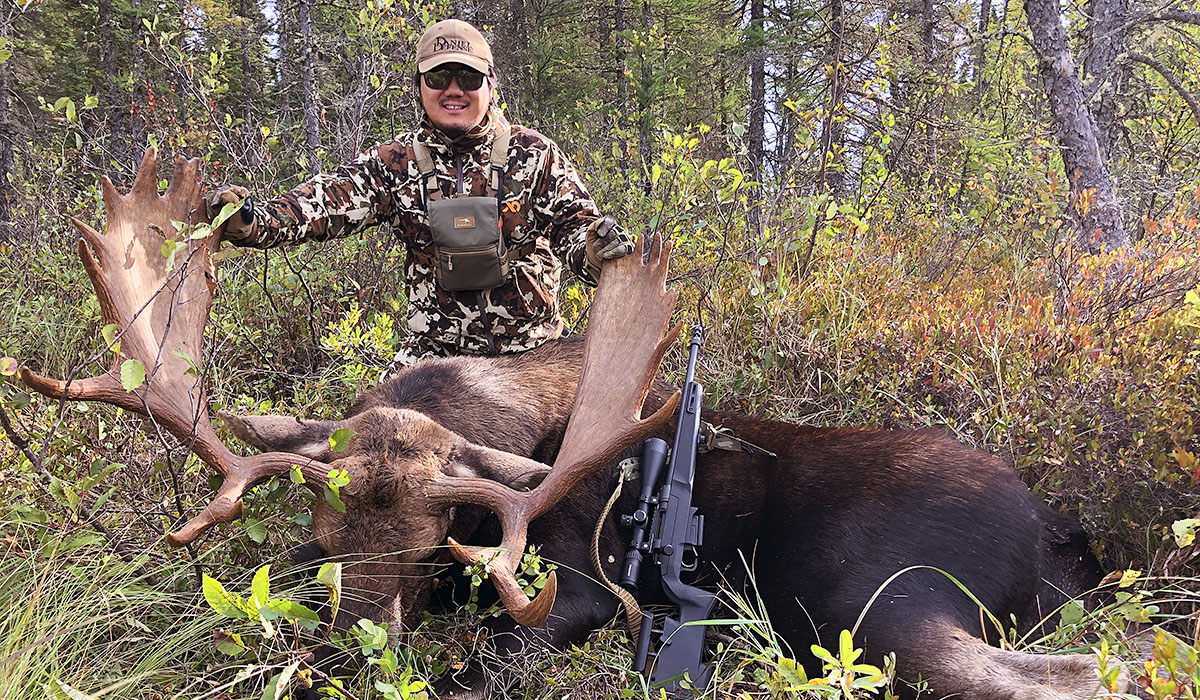 The wind was bitterly cold, and the rain had been driving on and off all afternoon. As I sat there on a rocky outcrop overlooking a flooded river I thought to myself, “damn, this sucks, and it’s only the first day.” Welcome to Moose Hunting with the DELTA 5 in Northern Canada.

Two days earlier, I had been in a t-shirt and shorts silently complaining about how hot my ear protection was as I put my Daniel Defense DELTA 5, chambered in .308, through its final preparation shoot. As the sun was setting and the South Georgia gnats ate me alive, I was excited. Excited at the prospects of once again embarking on a once in a lifetime hunt, with quite possibly the finest rifle I had ever shot. As Daniel, the bolt-action rifle’s lead designer called out targets for me to shoot ranging from 200-500 yards, the DELTA 5 shot true.  The only reason pinging steel wasn’t heard was because of me. Flash forward 50 hours, 3000 miles of travel, and 1 missed Girlfriend and dog, I found myself sitting in the driving rain, no longer excited; just damp and cold.  The rain finally let up followed by cold gusts of wind. The First Lite clothing I was wearing kept me as dry as it could, and I was starting to worry about the waterproofness of my backpack. That being said, I had no such fears about the DELTA 5 and the Nightforce optic it was wearing.  I kept the optic tucked in under my jacket to keep it from getting wet, but the rest of the rifle had been sitting on my lap getting rained on for two hours. I shook the gun and the water just beaded off.  I cracked the bolt open slowly to make sure there wasn’t any water in the chamber, and as I expected: dry as bone.  It was a secure feeling to have, knowing that the biggest variable out here in the field, was me.  We didn’t see any moose that night, but at least I was aware of the hard hunting we had ahead of us.

The next couple of days played out the same, waking up at 4am preparing gear, loading into a tiny boat in complete darkness to blast down the lake to get to the good spots. Pretty soon the drone of the outboard motor seemed to play in sync with the sun rising over the glassy water and timeless old pines. We fell into a pattern of riding halfway down the lake to a river that connected the main lake to a smaller one. We would putt down the river slowly and quietly peek around each corner and bend for that giant mass of brown we were looking for.  On the third day of doing this, we rounded the bend out of the mouth of the river, and out of habit, I glassed hard into a back bay across the main body of the lake. Like the last couple of days, I expected to see trees and the rocky outcrop that exist there, except this time I saw him.

As we boated across the main lake we made for a rocky point at the end of the bay. Once there we disembarked as slowly and as quietly as possible. I had my rifle and Primos trigger stick Gen3. As we came up over the bank we were able to get a good range on him, 210 yards away. I set up as best I could with the trigger stick, and the weight of the Delta 5 really helped the gun settle down. This helped take some of the jitters out of my hands. I lined up the shot and squeezed the trigger. The DELTA 5 .308 hit hard with accurate authority, and the big bull went down. Because of the 60-degree throw of the bolt, I was able to reload very quickly, and as he stood up again, I shot a second time and dang near hit him in the same spot. This time he was down for good; the 178-grain Federal round did its job perfectly.

As the adrenaline rushed out of my body, it was replaced with immense emotion: the emotion of gratitude and relief that not all of this hard work had been in vain. As we gave the big bull time, I thought about the gear I was using and how much easier it had made the entire journey. The DELTA 5 proving to be not only an extremely accurate rifle, but also an extremely rugged one. Throughout the week the rifle had been exposed to extreme cold, been soaking wet, warmed in front of a fire, hiked through thick brush and forest, and of course, been exposed to the constant vibrations of the boat and seaplane. Nothing on the DELTA 5 had come loose, oxidized or anything. It looked almost exactly the same as when I took it out of the vault. Yes, it’s heavy, and yes, it isn’t the “traditional hunting rifle”, but the ergonomics and the way it is cut with the 20’’ barrel really makes it pretty easy to hike and maneuver with.  The DELTA 5 is a world-class rifle that can absolutely handle any adventure you throw at it, and I am forever grateful for its assistance in checking off a bucket-list hunt for me. As I finally laid hands on the big bull I realized how much work was ahead, but I knew this work wouldn’t suck. 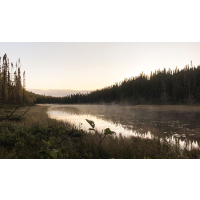 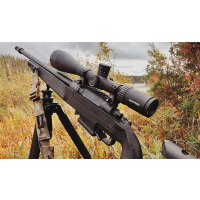