What makes each of Daniel Defense’s three most popular picatinny rifles unique? 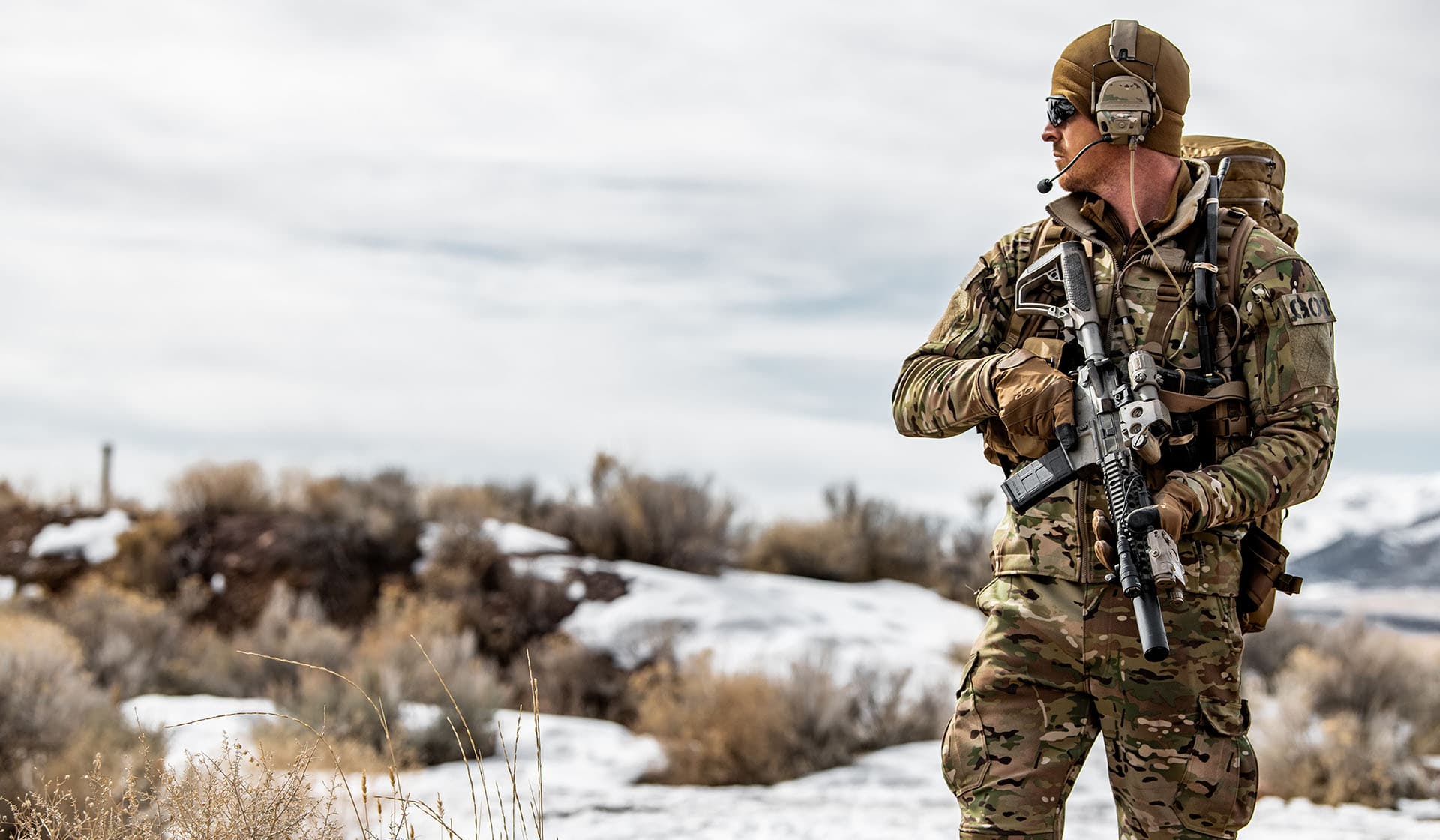 The M4A1, MK12 (MARK 12), and MK18 (MARK 18) are three very popular rifles in the Daniel Defense product line. Each of these rifles is designed and built to serve specific types of missions, but one of the more common questions Daniel Defense gets is to describe the main differences between the three. So, let’s break it down. But before we get into each rifle, let’s first address what all three of them have in common.

Finally, they’re all three backed by Daniel Defense’s Lifetime Guarantee, so no matter which model you choose, you can trust that the manufacturer will stand behind it.

Now let’s get into their differences, starting with the one that came first, the M4A1.

The all-purpose Daniel Defense M4A1 rifle, renowned for its durability, has been used in the special operations community for the past decade. It was designed and built to withstand the extreme use and harsh conditions special ops forces endure.

The M4A1 has an M4 profile 14.5” barrel with a permanent pinned and welded extended flash hider that extends the overall barrel length to 16”, so it is not considered a short-barreled rifle (SBR) and is not NFA restricted. Its gas system is Carbine length for reliably consistent cycling.

The M4A1 ships standard with the RIS II Rail System used by USSOCOM for the SOPMOD Block II program since 2006. This rail is extremely robust, and the bolt-up system in the back of the rifle features six connection points that allow the rail to free-float and not interfere with barrel harmonics. The rail uses Picatinny attachment and has Daniel Defense rail panels on the sides for added comfort. A Daniel Defense glass-filled polymer buttstock with a non-slip cheek weld and interchangeable butt pads also adds comfort and ensures a secure position between your cheek and the rifle.

A MK12’s low-profile gas block is built to Crane specifications for USSOCOM, and a Rifle length direct impingement gas system keep the rifle cycling smoothly and reliably. A durable Daniel Defense flash hider attached at the muzzle of the barrel significantly reduces flash for low- or no-light operations.

Instead of the RIS II Rail System used on the M4A1, the MK12 has a 12-inch free-floating DDM4 quad rail system with Picatinny attachment and plenty of real estate for accessories. It also includes integrated sling swivel attachment points . Like the M4A1, heat-resistant rail panels adorn the sides for heat protection and added comfort. Also, like the M4A1, it has a glass-filled polymer buttstock with interchangeable non-slip butt pads for a secure cheek weld, which is important for hitting longer-distance shots. And, for even more control, this precision rifle features an upgraded Geissele SSA 2-stage trigger with a 2.5 lb. take-up and a 2 lb. break.

Because of its longer, heavier barrel, the MK12 measures 34.75” with the buttstock full collapsed and 37 7/8” with the buttstock fully extended and weighs in at 7.41 lbs. If being able to consistently make shots out to 600 yards or more is a priority, and you’re willing to carry a little extra weight and length to do so, the Daniel Defense MK12 is a great choice and a rifle that will not disappoint.

The CQB MK18 Rifle (and Pistols)

The Daniel Defense MK18 was designed to excel in close-quarter battles and features the same barrel length most commonly used in MK18 uppers for CQB operations. With a Government profile barrel that’s only 10.3” long, this rifle is considered a short-barreled rifle (SBR) and is therefore NFA restricted. However, the MK18 is also available in two “pistol” configurations that are not NFA restricted, which we’ll get into in a moment.

This rifle features the same robust RIS II Rail as the M4A1, only shorter . A Carbine length gas system keeps the rifle (and pistol versions) cycling reliably and smoothly, which contributes to making this SBR just plain fun to shoot. The rifle has the same Daniel Defense buttstock as the M4A1 and MK12, as well as a salt bath nitride-finished flash suppressor on the muzzle of the barrel.

This SBR weighs in at 5.88 lbs. and has an overall length of 26.75” to 29 7/8”. Because it’s regulated by the National Firearms Act, acquiring one involves complying with all NFA rules—including ATF approval and a tax stamp—as well as applicable laws for your state or municipality. However, Daniel Defense offers the MK18 in two pistol configurations, which are not NFA restricted: the MK18 Pistol which ships with an SB Tactical SBA3 brace and the MK18 Pistol (Law Tactical) which ships with the SB Tactical SOB brace and Law Tactical folding stock adapter.

The difference between these three rifles (and pistols) really comes down to how they were designed and built to be used.

If you’re looking for a robust, all-purpose rifle that can be used for close- to mid-range applications, then take a hard look at the M4A1.

If you need an AR that’s going to be accurate out to 600 yards or more, then the MK12 is probably more your speed.

If you want something for personal defense or other close-quarter applications, or something that’s easily transportable or stowable, then consider a MK18 SBR or pistol.

Or, round out your collection with all three and be covered for virtually any short-, mid-, or longer-range application.