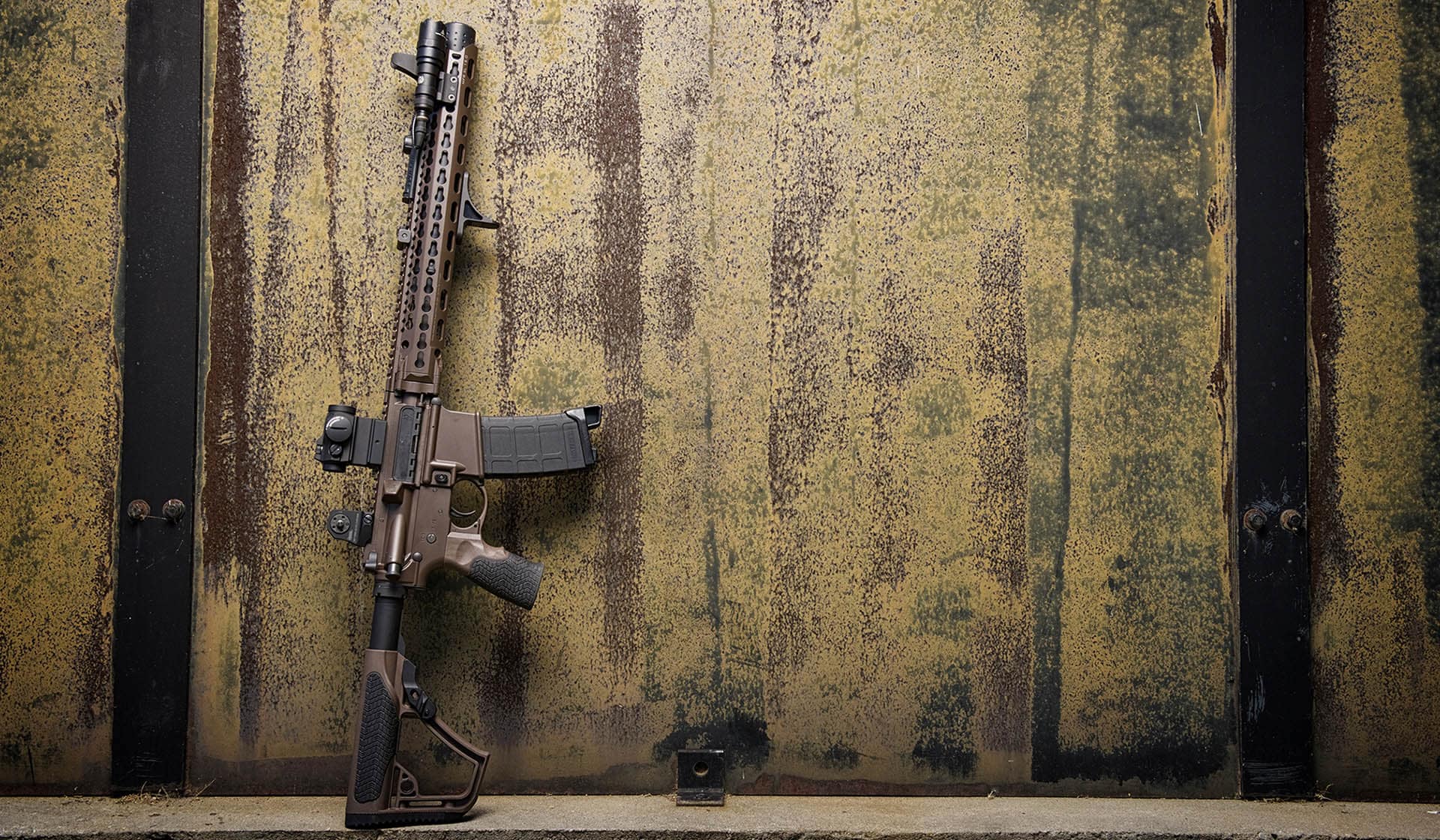 If you’ve done any online research on which type of rail to get for your AR, you’ve probably come across more than one article, forum, or video proclaiming that KeyMod rails are dying or, in the opinion of some, already dead. But is it true?

First off, let’s be clear about one thing—there are plenty of firearms out there equipped with KeyMod rails, including the Daniel Defense DDM4ISR, so the rail system is not being called dying or dead by some because you can no longer find or buy it. There are also still plenty of accessories from many different manufacturers available for KeyMod rails. So, those using terms like “dying” or “dead” are referring to KeyMod’s status compared to that of its main competitor, the M-LOK rail. But KeyMod, M-LOK, and Picatinny rails are all viable options for an AR rail. Which is why all three types are manufactured and sold by Daniel Defense.

The Origin of KeyMod’s So-Called Death

KeyMod was developed by VLTOR and released in 2012, so it had roughly three years to gain some traction before MAGPUL released its M-LOK system in 2015. Unlike a Picatinny rail, which is a “positive” or “male” system and can be bulky, sharp, and tough on the hands, both KeyMod and M-LOK rails are lower-profile “negative” or “female” systems. For those of you not familiar with either system, here’s a brief description of how they work:

As you might imagine, as with any new gun accessory, as the systems were introduced, there were fans of both, and many weren’t shy about pronouncing their choice superior to all others. For a couple of years, these two systems went mano e mano as a lighter-weight, lower-profile option to a Picatinny rail as the debate raged on.

But then, in 2016, the Naval Surface Warfare Center, Crane Division, conducted testing that compared KeyMod and M-LOK head-to-head. You can view the details of the test and the results here, but suffice it to say that M-LOK fared better than KeyMod in testing categories that included repeatability, endurance, rough handling, a drop test, and failure load.

After Crane’s test results were presented in May of 2017, many considered the debate over and pronounced M-LOK the superior choice. But does one study really spell the death of an entire rail system? Daniel Defense obviously thinks not, for the following reasons:

1. Most AR Owners Are Not Members of the Special Ops Community

The study conducted by Crane was at the behest of USSOCOM, to determine which rail system might best meet their needs. But, if you’re a recreational shooter, chances are you’re not going to put the rail on your rifle through the same level of use and abuse as elite military professionals. While it’s true that many consumers want to use the same gear as military and law enforcement pros, for the vast majority of shooters, a KeyMod rail is going to perform flawlessly.

2. KeyMod Accessories Don’t Protrude as far into the Rail as M-LOK Accessories

This may not sound like much of an issue, but on firearms with very little clearance between the barrel and the rail, it can be—especially if the bolt of an M-LOK T-nut were to protrude far enough to actually touch the barrel and affect its harmonics. Which is precisely why a KeyMod MFR XL 15” rail is used on the DDM4ISR, which features a suppressor as an integral part of the barrel. 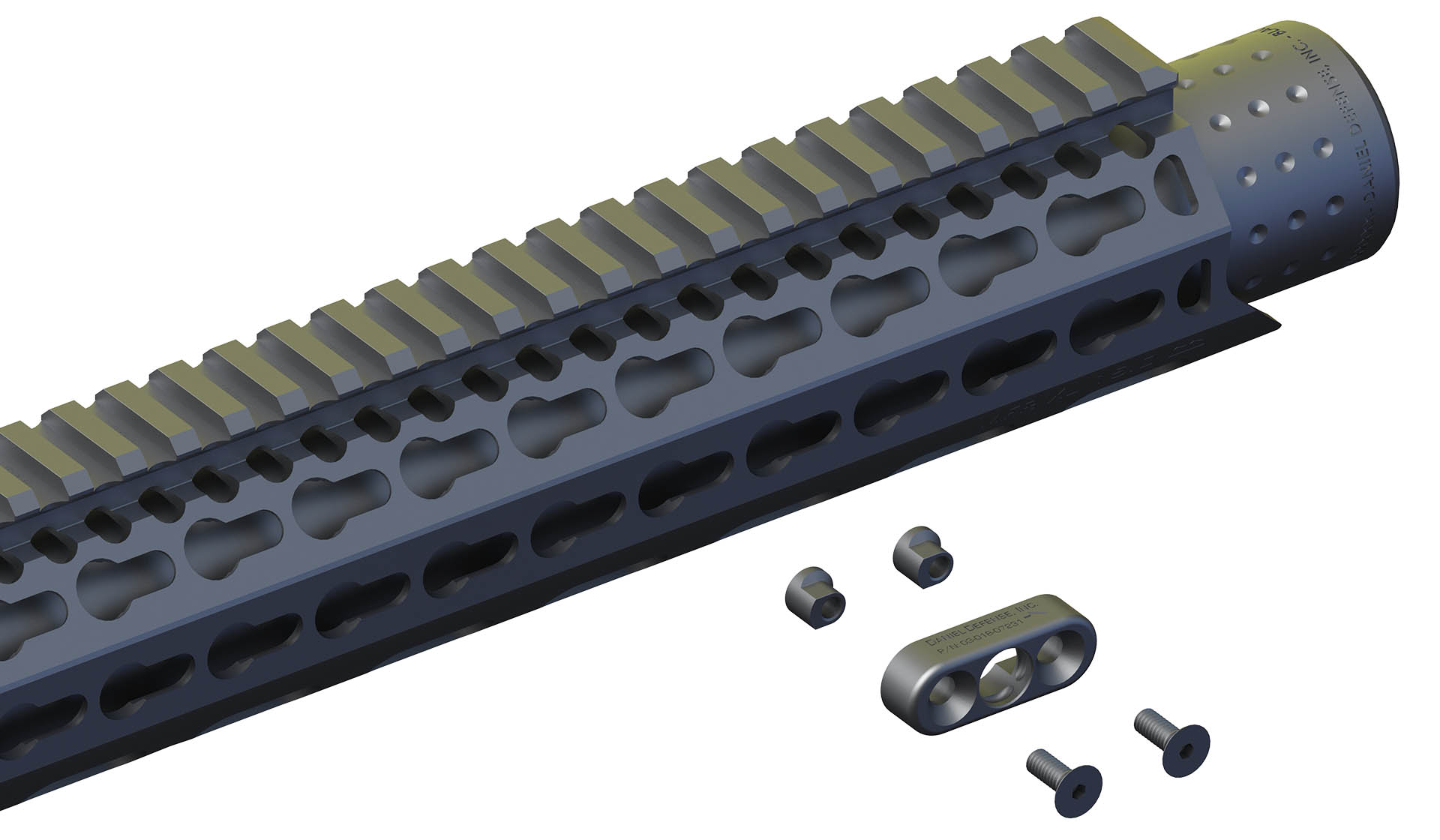 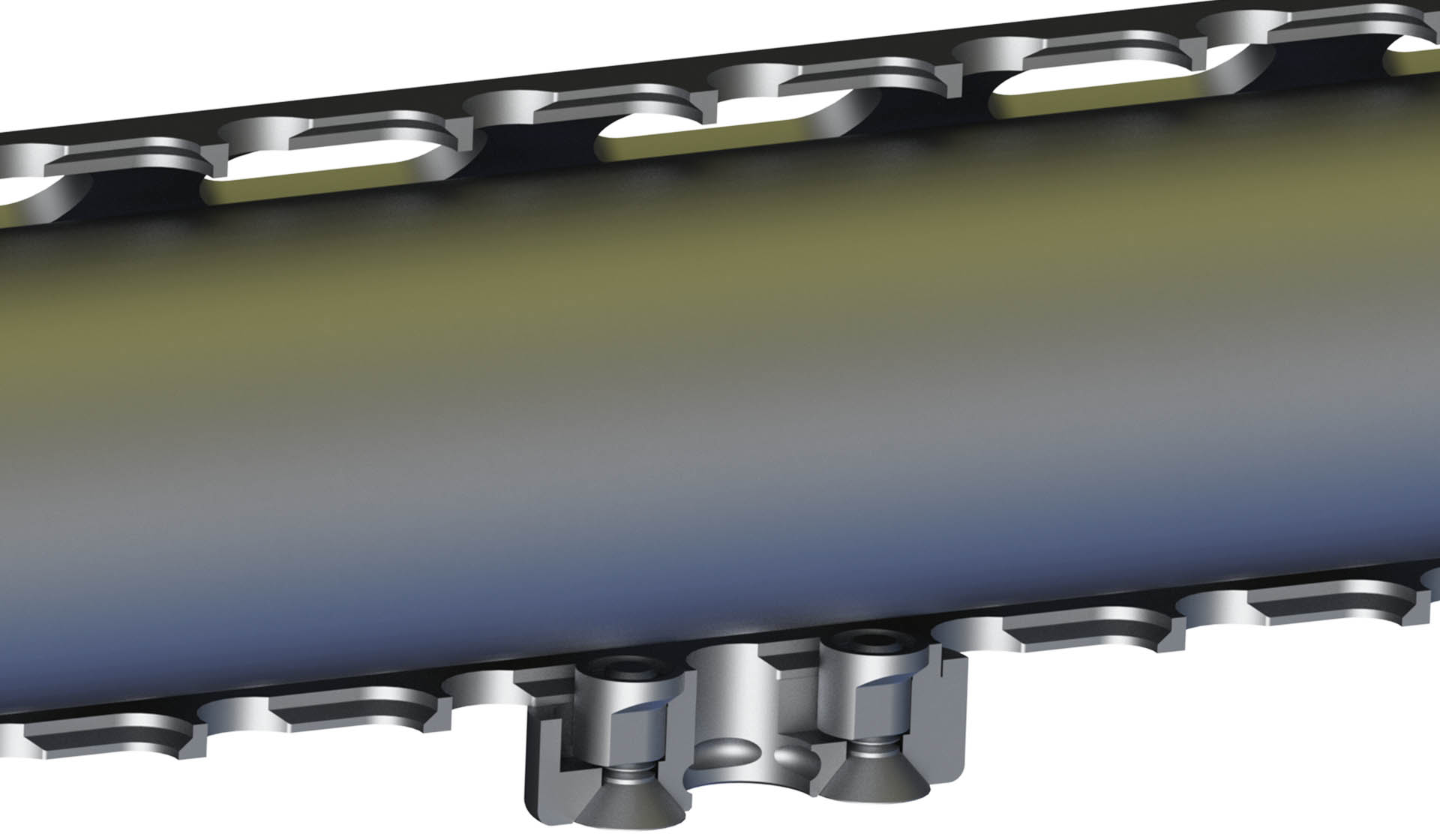 “The way M-LOK fasteners on accessories attach to the handguard, they would interfere with the suppressor tube underneath the handguards,” explains Daniel Defense Law Enforcement Sales Manager Joe Marler. “You cannot mount an M-LOK accessory where that suppressor tube is present. KeyMod accessories have very low-profile fasteners, and that’s the reason we use a KeyMod rail.”

Mr. GunsnGear explains the same thing in his YouTube review of the DDM4ISR at about the 11:30 mark of this 24-minute review. He also backs up our #1 point with his review when he states, “For 99.9% of the people out there, KeyMod is going to be just fine. KeyMod has been used by special operations units around the world, and nobody died because of KeyMod.”

For 99.9% of the people out there, KeyMod is going to be just fine. Keymod has been used by special operations units around the world, and nobody died because of KeyMod.

3. Many Gun Owners Already Have KeyMod Rails Installed on Their Firearms

So, you bought a rifle with a KeyMod rail installed, or you’ve installed one yourself. You’ve been happy with it—ecstatic even—and then your shooting buddy texts you a link to Crane’s test results to let you know that M-LOK fared better. What are you supposed to do? Ditch your rail and all of the cool KeyMod accessories you’ve already purchased and attached even though KeyMod has been working just fine for you?

Which means, KeyMod is not dead. It may not be as popular as M-LOK, but it’s still a viable option for your AR. Consider how both KeyMod and M-LOK have cut into the sales of Picatinny rails, which used to be the only real rail choice. Does that mean Picatinny is dead? No; Picatinny is alive and kicking and still the number-one choice for many shooters. Well, KeyMod still has its share of supporters, too.

Choice Is a Good Thing

Having made the argument that KeyMod is not dead and still a viable option, for those of you set on M-LOK, go for it. As we’ve stated, M-LOK fared better in the Crane testing than KeyMod, so it’s hard to make a case against it. Other than Reason #2—KeyMod bolts not protruding as far into the rail—an M-LOK rail is a great choice for most any AR. As is a Picatinny rail, if that’s what you’re leaning toward.

All three of these rail options are solid choices, which is why Daniel Defense continues to manufacture them and integrate them into its product line.

As a final thought, every bit as important as which type of rail you go with is which brand you go with. It doesn’t matter which system you choose if the rail is out of spec, sloppy, cheaply made, or interferes with the performance of the weapon. So, once you’ve made up your mind on the type, go with a manufacturer with proven performance and a reputation for quality.

You can probably guess which manufacturer this post recommends. If not, just take a look at the masthead of this web page. ;)

Shopping for a KeyMod Rail?  Check these out!

Previous Next
Related Posts
6 Comment(s)
Donald T Toma
Love my DDM4 V9 with picatinny rails. The attachments aren't going anywhere until I remove them. I would recommend this rifle to anyone.

Reply
Mark
1913 rails are my favorite. Strongest of the three and they look cool. Wimps need not apply.
Reply
Curt
Honestly I prefer KeyMod. I have both. Don't buy into the Hype... KeyMod is easier. That being said both are lighter than the old quad rails. If D&D has a sale on these buy them! Daniel Defense builds high quality stuff and I have used other brands in the past but its well worth the extra for the quality you get with DD. Do yourself a favor and go with Daniel Defense the first time. Would have saved me a lot of time and money. Now i own 3 Daniel's and looking forward to a 4th
Reply
Larry DESANTIS
I have both. and personally, I prefer the KeyMod. 1-it is easier to install correctly. M-Lok interior nuts some don't seat correctly and later become loose.2, if you are not mindful, its easy to reverse the M-Lok nut and really mess things up. 3. like DD says M-Loks do protrude into the rail more and can interfere with the barrel harmonics. Both are viable attachment devices
Reply
Glenn Sherwood
All my rifles are Keymod. It's quicker and just as sturdy as M-Lock. Have had bad experiences with M-lock where the plate didnt turn as designed and had to remove the forend to manually turn the plate to the lock position. 2 steps back for one step forward.
Reply
Dave Hunzelman
DD, I find these emails very helpful.
In fact, my son was able to purchase an M4 V7 this week because of one of your email tips about the store having stock after 4pm most days!
This tip landed him a beautiful rifle!
He (and I) had been waiting over 2 months for a Bravo rifle with alerts everywhere but no reply tips or dialogue like you do here on how we might obtain one or any updates? Frustrating!
We are now raving fans of DD and moved on from being wanna be fans of BCM.
Keep up the Great work!
Reply
Load more comments