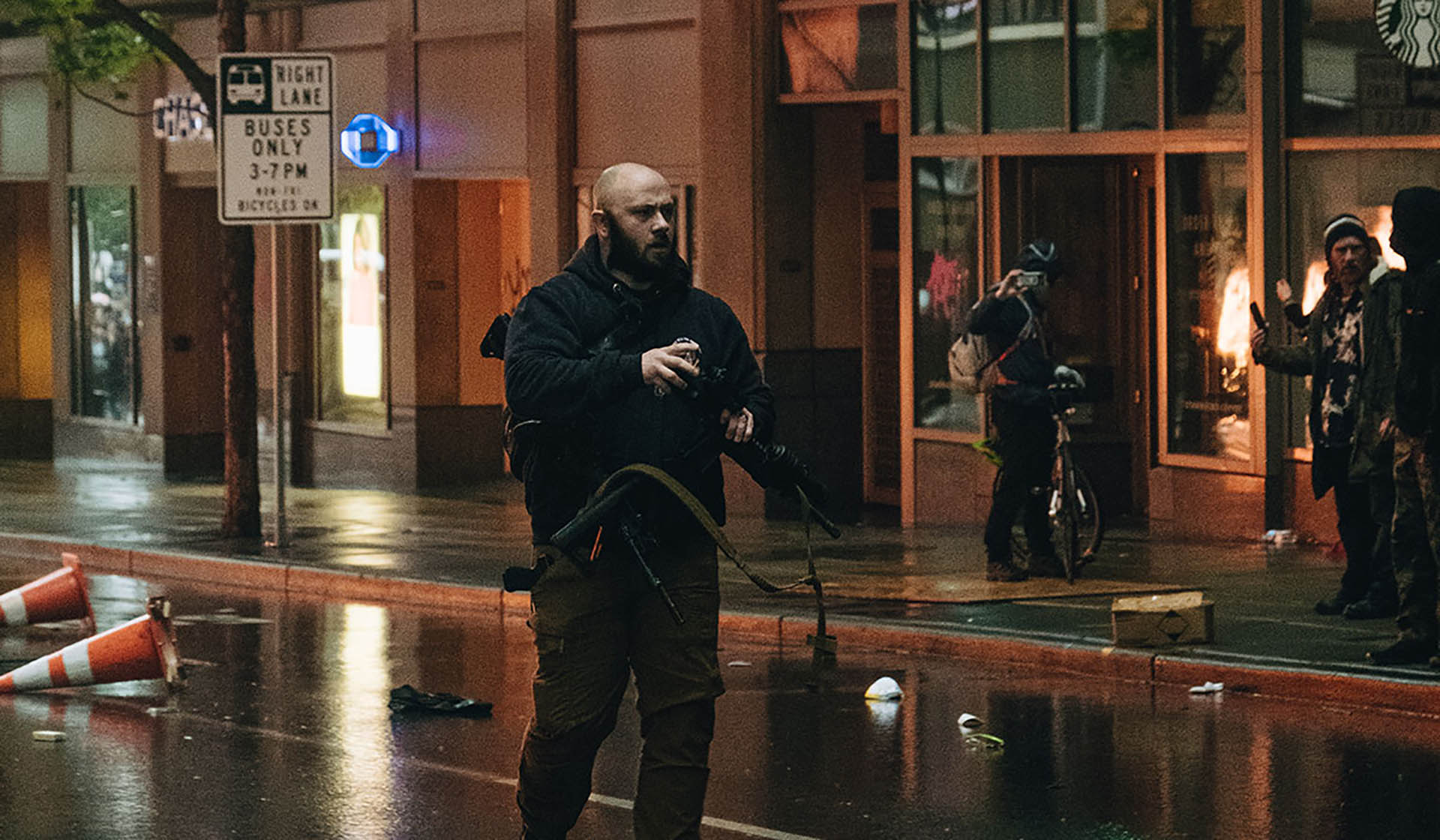 The entire video lasts only 18 seconds but has over 3 million views on YouTube. It is May 30, 2020, and civil unrest and rioting has erupted in the streets of Seattle, just as it has in many other places across the country over the past few days. A hoodie-clad rioter stands in the street, holding a police AR he just stole from a police vehicle parked on the street by Seattle PD as a strategic fallback position. From out of nowhere, John Carughi, a security specialist hired to keep a local television news crew safe as they reported on the Seattle riots, rushes the armed rioter, his Glock 19 drawn and pointed at the man’s chest. Then, without hesitation, in one fluid movement, Carughi snatches the rifle from the man’s hands and secures it while another rioter ushers the now rifle-less man away from the scene.

And that was the second firearm Carughi confiscated from a rioter that day. Only minutes earlier, after hearing shots and escorting his news crew to a safer location, he’d taken a police rifle from another man who’d also broken into a police vehicle.

“A guy with a rifle ducked into a Starbucks doorway and started messing with the rifle. I came up on him, my pistol drawn, and yelled, ‘Drop the weapon, drop the weapon!’ In between the first and second ‘drop the weapon’ I had my hand on the buffer tube and just ripped it out of his hands.”

After securing both rifles, Carughi utilized his years of training—as a United States Marine, where he was also a firearms instructor, and as a civilian—to assess the situation, get his news crew out of the area safely, and then return the stolen rifles to Seattle PD.

I saw two individuals with firearms behaving unsafely, and I just thought, I’m going to take those and make things safe.

“I immediately got in the middle of the street because I didn’t want anyone near me. If someone’s close to me, that’s a problem. But, if someone’s far away, and I see them with something that could reach me, I can handle that.”

Given the level of tension and chaos of the situation, someone with less training than Carughi in the same situation might have been inclined to shoot first and confiscate the stolen weapons second. And they would’ve been well within their rights to do so in the state of Washington, according to Carughi.

“Them pulling police-issued firearms out of a vehicle that they lit on fire was a felony,” he explained. “I was legally within my rights in Washington State to use lethal force without them pointing a firearm in my direction. But I wanted to de-escalate the situation; I didn’t want to engage. In my mind I was thinking, no gunfight. If I wind up in a gunfight, then something has really gone wrong.”

Carughi credits his extensive firearms training with enabling him to keep his cool and make the right moves with only seconds to act. “My training and mental preparation made a big difference and allowed me to look for a path where I didn’t have to take a life. I saw two individuals with firearms behaving unsafely, and I just thought, I’m going to take those and make things safe.”

Since the video of him doing so has gone public, Carughi has received thousands of messages on his Instagram account from people of all walks of life from all over the world. And they all say pretty much the same thing: Thank you for doing what you did without taking a life. “I was expecting some hate,” he added, “but I only received two negative messages out of thousands.”

When his Instagram account blew up from about 150 followers to over 40,000 only a few days after the incident, Carughi officially became a social media influencer. Now he’s looking to leverage his notoriety as an influencer and knowledgeable firearms instructor to stress the importance of training.

“Being an influencer is a big responsibility. I want people to have a practical and working knowledge of firearms. If I’m teaching someone, then I’m understanding and learning the subject matter better. I love instructing, but I’d almost rather be the student.”

He also hopes to use his influence to help eliminate the negative stigma guns have with many Americans.

“I want firearms to be as normal as car keys to Americans, because possessing firearms and the capability to use them can be an important defense. There’s a lot of people who scream loudly against guns because they think they’re big scary things. But it’s the person, not the gun. A shovel doesn’t dig a hole.” 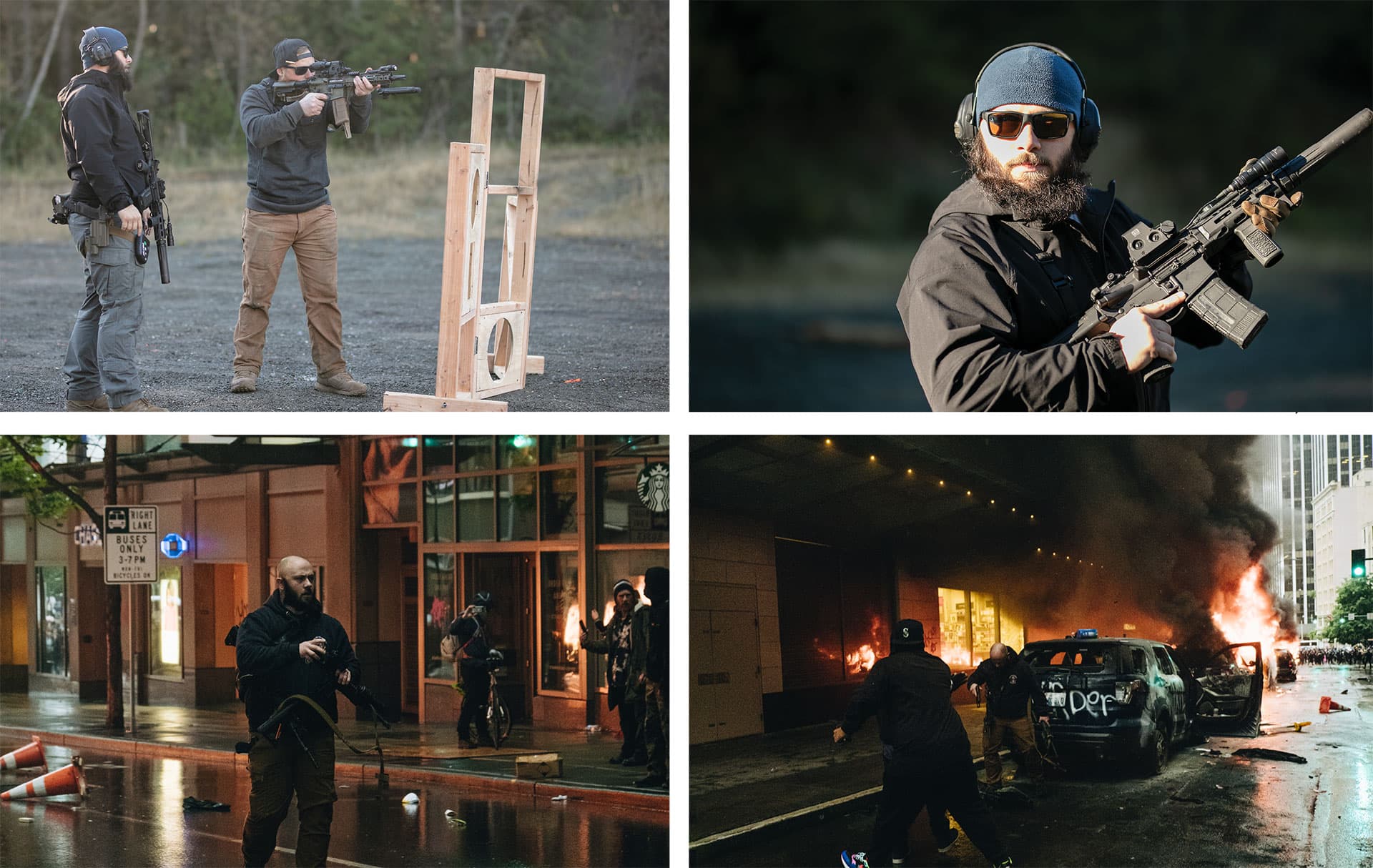