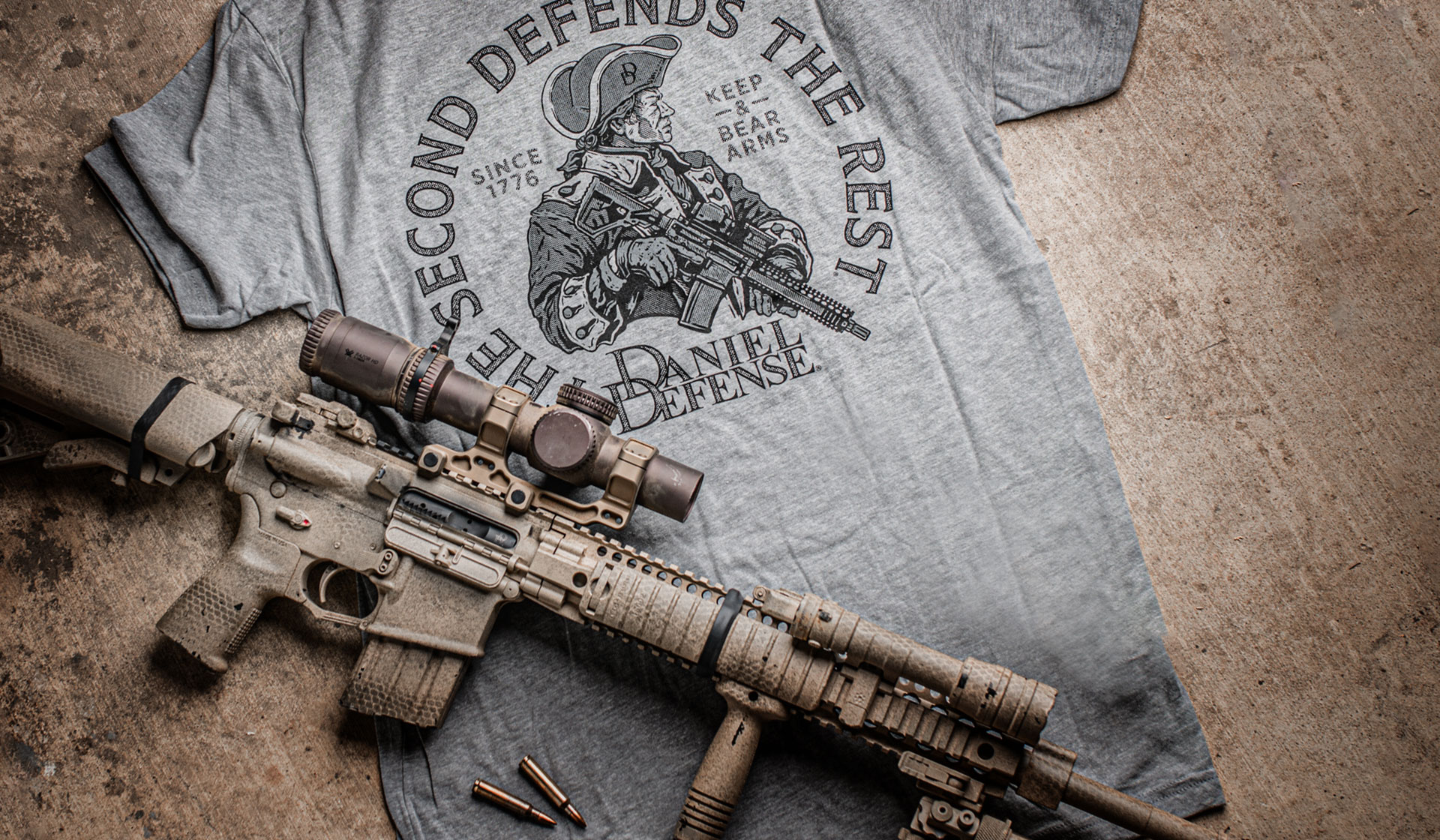 Owning a firearm gives you skin in the game, when it comes to the Second Amendment. It’s one thing to have an opinion on gun laws, Second Amendment interpretations, and gun-control legislation when you don’t actually own a firearm. It’s quite another, however, when your rights as a gun owner—including your right to own that gun—could be challenged.

As a firearm owner, it’s up to you to know the gun laws in your particular state or municipality. But it’s also on you to stay informed on national, regional, and local gun-related issues and proposed legislation that could take away your rights. A laissez-faire attitude of waiting and seeing what type of gun legislation may be coming down the pipeline from Washington or your state, county, or city could mean giving up rights that you already have. And once those rights have been taken, it’s typically much tougher to get them back than to defend them in the first place.

So, it’s important to be proactive in staying informed and protecting your gun rights. Here are 5 ways to do that.

1. Vote for Your Interests

As Americans, we have a say in our government and the laws and statutes our government creates, implements, and enforces. And the number-one way we can express that say is to vote.

Because Second Amendment issues tend to be divisive, hot-button topics, some candidates will make it clear where they stand on them while others may be more reluctant to share, understanding that the mere act of taking a stance means losing X amount of voters who may not share their views. If you’re unsure where a candidate falls, it’s incumbent on you to do some research on that person before giving them your vote. Check out their website, their voting record, or their statements on important issues like Second Amendment rights by visiting sites like FactCheck.org.

If you find a candidate who represents your Second Amendment views (and hopefully other views as well), consider volunteering for that person. Elections are won and lost on the front lines, and the more volunteers a candidate has supporting them, the better their odds of being victorious. Same holds true for gun-related issues on the ballot. Lending your support to defeat proposed legislation that could take away your rights could go a long way toward preserving those rights.

No matter how much research you do, or how much support you offer, the most important act you can take to protect your Second Amendment rights is to actually cast your vote come Election Day. Which means, make sure you’re registered to vote well in advance of the election date, and then actually cast your ballet. Don’t rely on other voters to protect your rights, even if you think your vote won’t make a difference.

There’s power in numbers, and belonging to or supporting an organization devoted to preserving and protecting your Second Amendment rights is a great way to have your voice heard. Luckily, there’s no shortage of worthwhile organizations to consider. Here are just a few suggestions, but there are plenty more you can find online simply by searching “Second Amendment organizations.”

1.  National Rifle Association Institute for Legislative Action (NRA-ILA): This lobbying arm of the NRA was established in 1975 and is “committed to preserving the right of all law-abiding individuals to purchase, possess, and use firearms for legitimate purposes as guaranteed by the Second Amendment to the U.S. Constitution.” Supported by the NRA’s five million members and their grassroots efforts—as well as the efforts of NRA-affiliated state associations and local gun clubs—the ILA works tirelessly to pass pro-gun reform at the state legislative level. This organization also educates the public on firearms ownership issues in America, and is a great reference for staying on top of Second Amendment issues and legislative efforts.

2. National Shooting Sports Foundation (NSSF): Founded in 1961, this organization is the trade association for the firearms industry. Thousands of firearm manufacturers, distributors, retailers, shooting ranges, publishers, and other sportsmen organizations are members of this organization dedicated to promoting, protecting, and preserving hunting and shooting sports in this country. The NSSF is the organization responsible for the SHOT Show, the nation’s largest professional event for the sport shooting, hunting, and outdoor industries.

3. Second Amendment Foundation (SAF): The SAF’s mission is to promote a better understanding of Americans’ Constitutional heritage to own and possess firearms. This Washington State-based organization has been around since 1974 and has been defending the right to keep and bear arms through publications, education programs, and legal action.

4. Gun Owners of America: GOA was founded in 1976 and bills itself as the “no compromise” gun lobby. The organization represent the views of more than two million gun owners whenever their rights are threatened.

5. Firearms Policy Coalition (FPC): The FPC states is purpose as follows: “Create a world of maximal human liberty and freedom.” It’s doing so by fighting for and defending Second Amendment rights; working to eliminate unjust government, laws they consider immoral, and enforcement practices deemed unconstitutional. This grassroots 501(c)4 nonprofit organization was founded in 2013.

There are also Second Amendment organizations interested in reaching and appealing to specific demographics. Jews for the Preservation of Firearms Ownership (JPFO), for example, or the National African American Gun Association (NAAGA), which, along with promoting and encouraging shooting education and participation to African Americans is also involved in preserving Second Amendment rights. To be clear, anyone of any race, color, or creed can join either of these organizations. As Philip Smith, founder and president of NAAGA, said in this DD Wire interview, “We accept people whoever you are; black, white, Asian, Latino—everyone’s welcome.”

No matter which organization or organizations you choose to support, the one commonality you’ll share with all other members is your willingness to defend Second Amendment rights.

3. Speak Up but Don’t Shout Down

One of the best things you can do to help bridge the gap between those who support Second Amendment rights and those who don’t, or are indifferent to them, is to speak up and educate people. Not in an in-your-face, confrontational manner, but by having a civil discussion and sharing your personal beliefs and experiences.

If you’re speaking with an acquaintance or colleague about Second Amendment rights, chances are they don’t yet know your stance. But they may know you to be an intelligent, articulate person whose opinion they respect on most matters. By conveying your beliefs in a calm, collected manner, you may be able to get others you know to, at the very least, understand your position. They may still not agree with it, but understanding your point of view could help them to be less threatened by it.

Guns can be scary to people who don’t own or fully understand them. Which makes gun rights equally as scary to many. By conveying your knowledge of and experience with firearms to others with little to no experience with guns, you’re doing your part to help make Second Amendment issues less scary.

Just don’t forget to listen as much as you speak because it’s equally as important for you to understand their point of view. You don’t have to agree with it, but better understanding it lets you know which perceptions and objections need to be overcome in the ongoing debate.

Supporting a Second Amendment organization and signing up to receive emails, texts, or newsletters on important issues is a good way to stay informed. But don’t rely 100 percent on others to keep you posted.

Stay on top of issues yourself by regularly reading or watching the news. Visiting the websites of the Second Amendment organizations listed above also can be a fruitful way to learn about gun and gun-control issues you may not otherwise have been aware of.

Pay attention to what elected officials are saying or proposing to legislate when it comes to Second Amendment issues. And, getting back to elections, read up on any proposed gun legislation to uncover the details and what it actually entails. Politicians and legislators can be very adept at hiding the true intent of proposed legislation and dressing it up to appear to be no threat to your Second Amendment rights.

Perhaps more than any other Constitutional Amendment, the Second Amendment is continually being challenged and chipped away at. It’s up to those of us who firmly believe in our right to keep and bear arms to stand up to those who would challenge it. The very fact that you chose to own a gun makes you one of those believers.

To preserve your rights as a gun owner, be alert, proactive, and don’t take your eye off the proverbial ball. Those who would like to see your Second Amendment rights diminished are equally as vigilant and waiting for you to look away. If enough of us do, that’s when they’ll take their biggest swings.